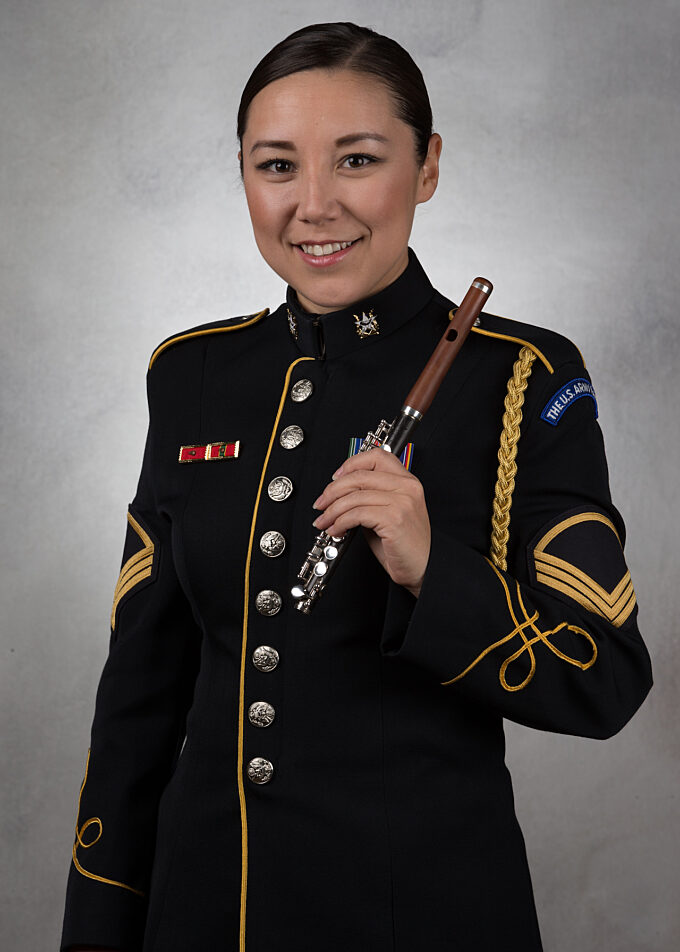 Prior to joining “Pershing’s Own” in 2014, SFC Sonia C. Dell'Omo worked as an active freelancer and teacher in the Dallas/Fort Worth metroplex. She performed regularly with ensembles including the Las Colinas Symphony Orchestra, the Dallas Wind Symphony, the Lone Star Wind Orchestra, the newly formed Avant Chamber Ballet, as well as the Las Cruces Symphony Orchestra in Las Cruces, New Mexico. Dell'Omo's teaching studio consisted of about 50 students in some of the most accomplished band programs in the state. She also worked as a clinician for the Greater Dallas Youth Orchestra Wind Symphony, Lone Star Youth Winds, the Texas Flute Society, and several area band programs. Dell'Omo received a music education degree from New Mexico State University and a music performance degree at the University of North Texas. She served as the flute section leader in the UNT Wind Symphony and performed with the Symphony, Opera, New Music, and chamber ensembles.