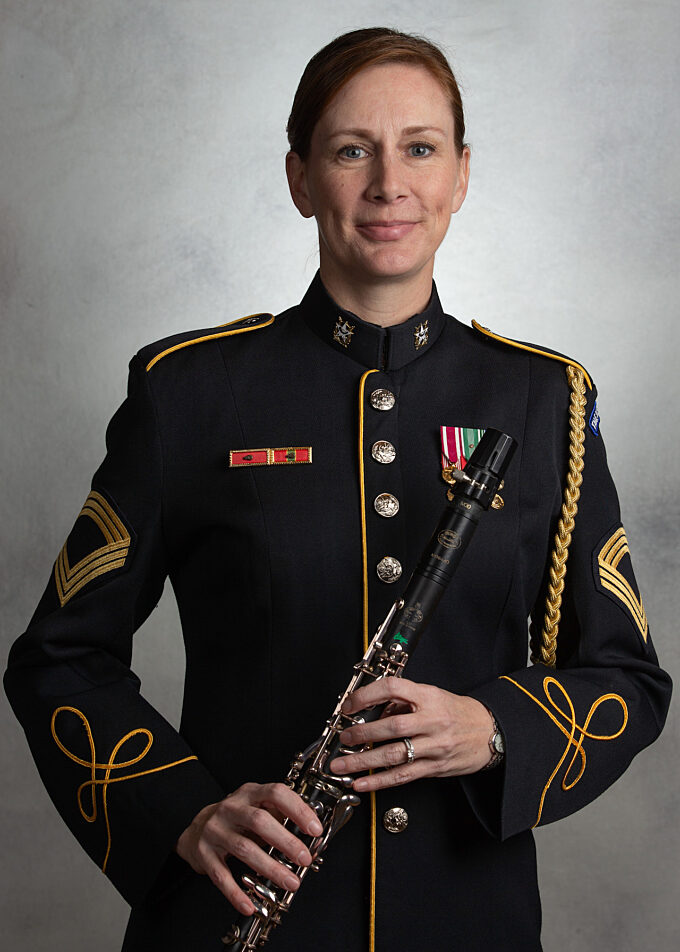 MSG Stacie Thompson joined “Pershing’s Own” in 2001 as a clarinetist in the Ceremonial Band. Before joining the band, she was Assistant Professor of Clarinet at Stephen F. Austin State University in Nacogdoches, Texas. Additionally, Thompson performed with the Lansing, Jackson, Midland, and North Arkansas Symphony Orchestras, the Stone Fort Wind Quintet, and at the Vancouver and Belgium International Clarinet Association conferences. She earned Bachelor of Arts degrees in music and German from Arkansas Tech University, a Master of Music degree from the University of Arkansas - Fayetteville, and a Doctor of Musical Arts degree from Michigan State University. Her clarinet teachers include Ed Abbott, Pat Ellison, Keith Koons, Barbara Rentschler, Robert Umiker, and Elsa Ludewig-Verdehr. Thompson lives with her husband and two kitties in Northern Virginia. When she’s not working for TUSAB, she enjoys home improvement, nature, photography, and walking on the beach.