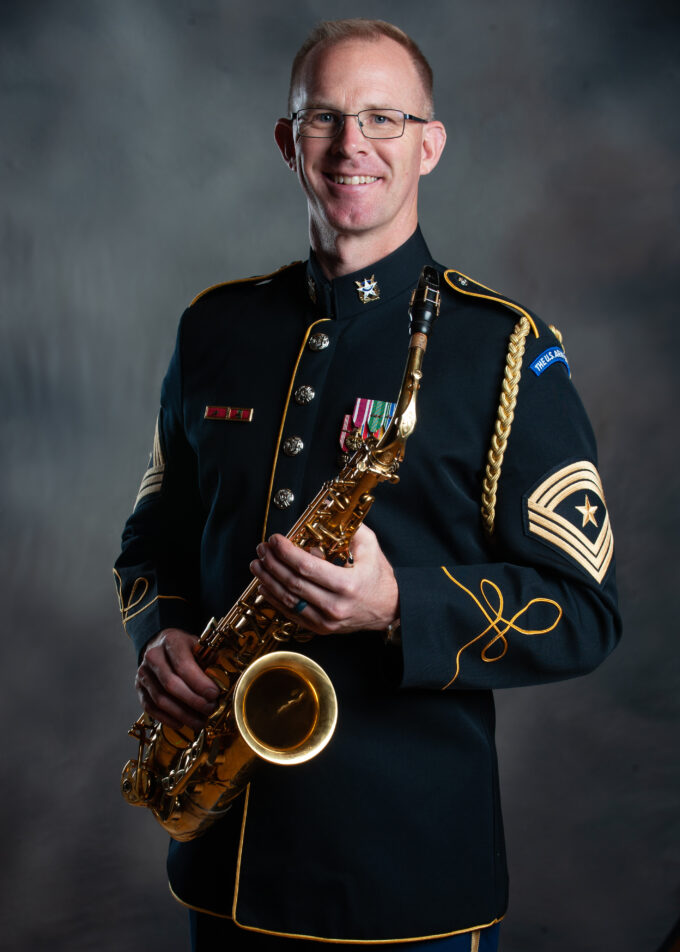 SGM Steve Ticknor began with The U.S. Army Band "Pershing’s Own" in 1997. A Kansas native, Ticknor joined the unit while finishing work on his Masters degree of Saxophone Performance from the University of Missouri-Kansas City. He holds a Music Education degree from Wichita State University. Currently, he performs as a member of the Concert Band, as well musically supporting the Ceremonial Band, the Blues, Downrange, and the Orchestra. He has been featured numerous times as a soloist with the Concert Band to include performances at Avery Fisher Hall, Lincoln Center, the U.S. Capitol, and at the Kennedy Center. In addition to his career at The U.S. Army Band, Ticknor has had the great fortune to teach music both at the National Cathedral School and the Washington Conservatory of Music; guest lecture/perform for the Ambassador and staff of the Embassy of Belgium; clinician a variety of Schools of Music, the Virginia Bandmasters Conference, and local schools; and work as a musician and character (Sheriff of Nottingham) with Disney Music and Entertainment Company. Ticknor resides in Maryland with his wife and two daughters.