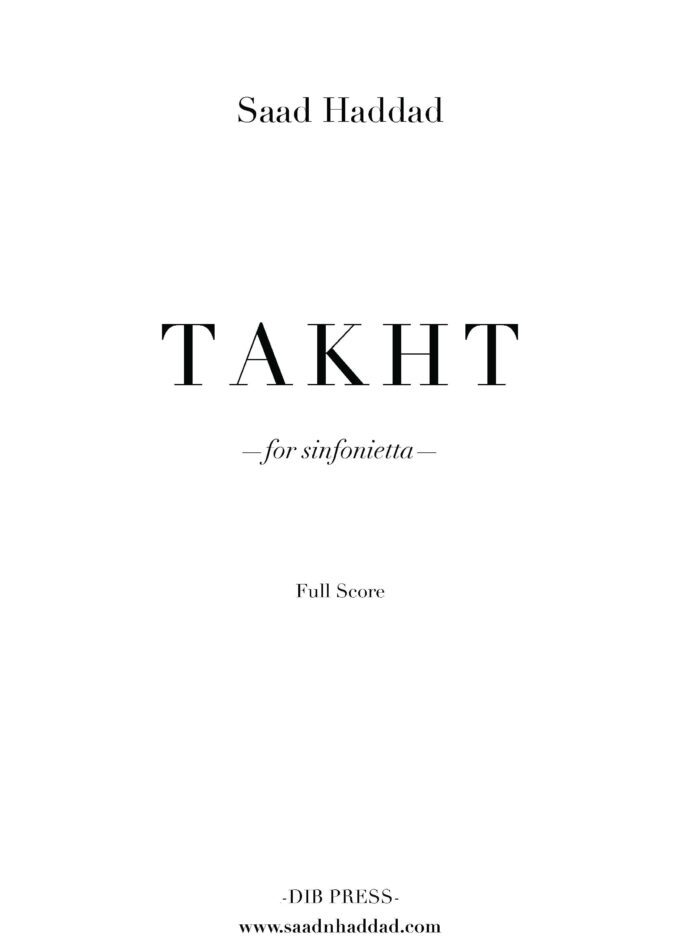 Takht (pronounced in one syllable, takht), or ‘ensemble’ in Arabic, describes the typical Middle Eastern musical group that consists of most of the traditional instruments used in Arabic music, including the oud, qanun, kamanjah, ney, riqq, and darbakeh. In a way, the instrumentation for this work is the Western equivalent of that ensemble, employing one of each of the most commonly used instruments in the full symphony orchestra. Some of the instruments even overlap between the groups; for example the ‘ney’ is similar to the flute in construction, while the ‘kamanjah’ sounds very much like the violin. An ongoing muse in my output thus far is the voice of arguably the most famous Egyptian singer who ever lived, Umm Kulthum (1898–1975), the “Star of the East.” In this particular work, her voice, in a sense, is brought back to life as the woodwinds, brass, and harp instrumentalists literally sing and play into their instruments, transforming the hall into an abstract depiction of Umm Kulthum’s permeating presence in the lives of millions of people that continue to adore her today.