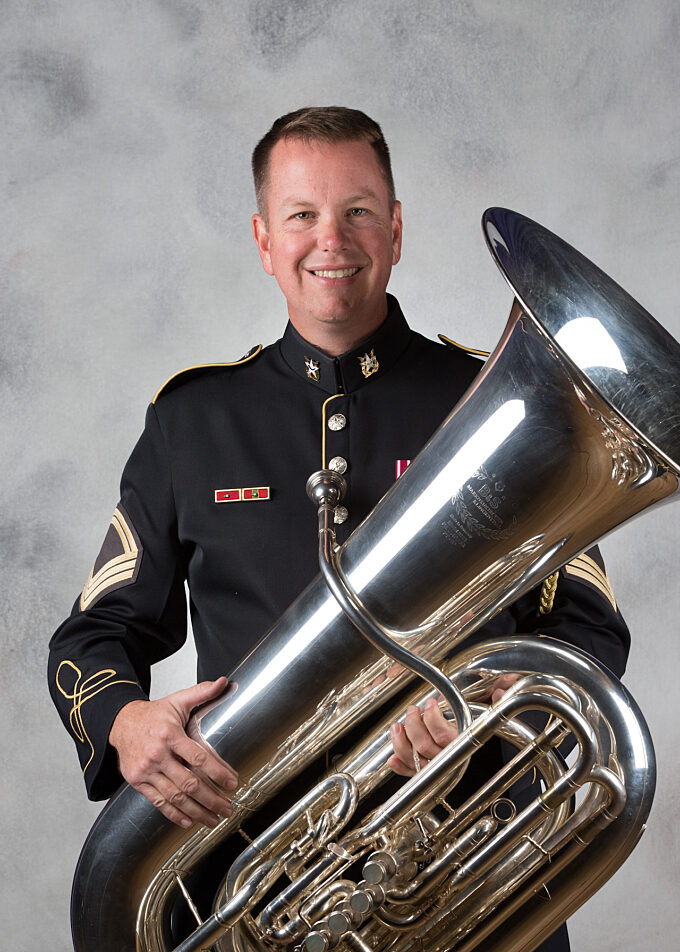 MSG Tom Bratten has been a member of The U.S. Army Band "Pershing's Own" since 1999, when he joined The U.S. Army Ceremonial Band and Brass Band. In 2001, he joined the Concert Band where he performs as Second Tuba. He also performs regularly with The U.S. Army Brass Quintet and The U.S. Army Orchestra. He has appeared as soloist with the band on numerous occasions, including the Association of Concert Bands National Convention, the International Tuba Euphonium Conference, and The U.S. Army Band Tuba-Euphonium Conference. He is the 1998 winner of the Leonard Falcone International Tuba Artist Competition, and in 1999 won a position with the Augusta (GA) Symphony before joining the Army. His principal teachers include David Henderson, Dr. Skip Gray, and Fred Mills.