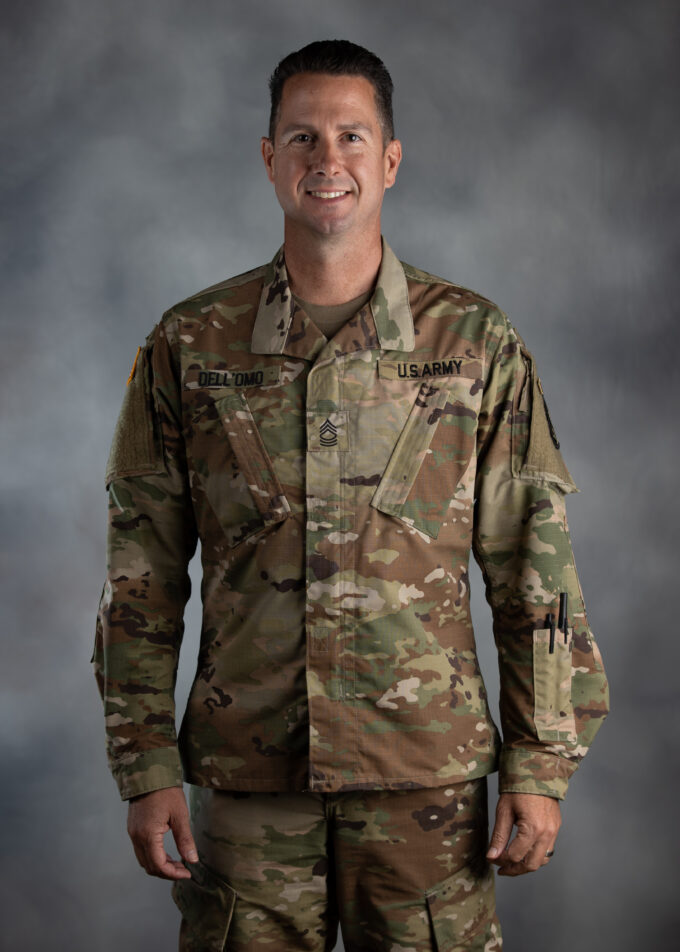 SGM Thomas Dell’Omo holds a bachelor's degree in music education and Master of Music degree in performance and composition from the University of North Texas. He is fortunate to have studied with Frank Forgione, Jim Hall, Christopher Deane, Paul Rennick, Mark Ford, and Ed Soph. From 1994-1996, Dell'Omo was a snare drummer in the University of North Texas Drumline, winning two PASIC championships during his tenure. He served as Battery Technician for The East Coast Jazz Drum and Bugle Corps in 1998, helping the Corps earn the Division II World Championship title leading to his appointment as Caption Head of Percussion with the corps in 1999. As a proponent of New Music, Dell’Omo has premiered solo and chamber music literature at various New Music and Electro-acoustic festivals throughout the United States. His contemporary music recording credits include the premiere recording of “Other Terrains” by Jon Christopher Nelson (SEAMUS CD Series volume 9) and “Concerto for Saxophone, Chamber Orchestra and Computer” by William Kleinsasser found on his CD entitled Equipoise. Prior to his appointment with TUSAB, he was the Director of Percussion at The University of Montana and is currently a freelance musician in the Washington D.C. area.