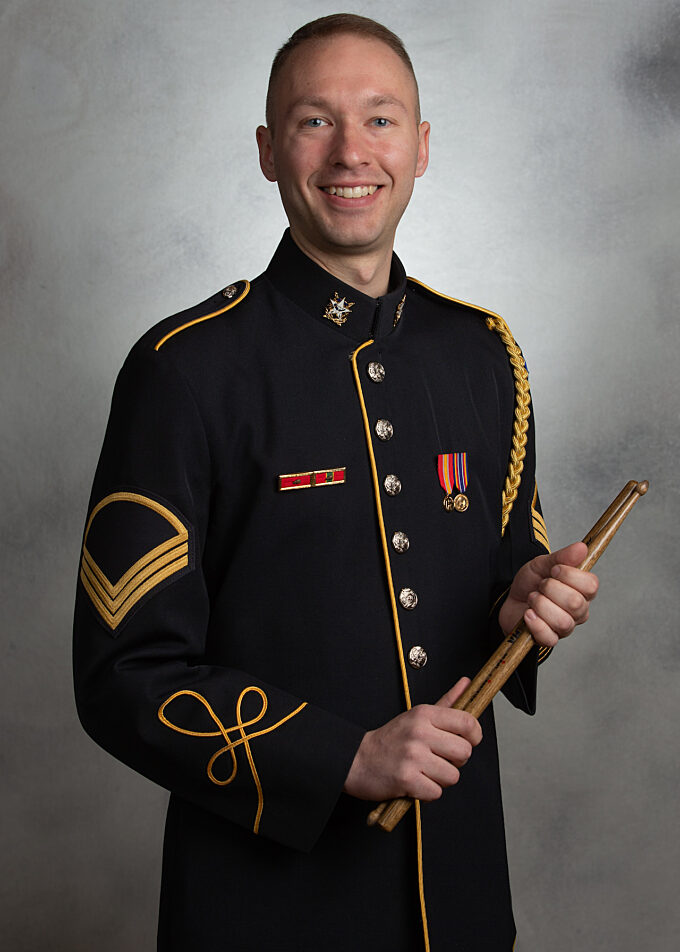 SSG Timothy Perry, originally from Lakeland, Florida, has been a percussionist in the United States Army Band, “Pershing’s Own” concert band since 2017. Perry has his undergraduate degree in music education from Indiana Wesleyan University, and his master's degree in music performance from Indiana University. Prior to joining the band, Perry was an active freelance musician and educator. He was especially prominent in the marching arts, marching four years of drum corps with the Blue Stars Drum and Bugle Corps, and instructing and writing for many high schools around the country. Perry held an adjunct professor of percussion position at Southeastern University, where he also was the assistant director for the University’s drumline. Perry performed consistently, as well, serving as the percussionist for the touring brass ensemble, “Tim Zimmerman and the King’s Brass” for three years.