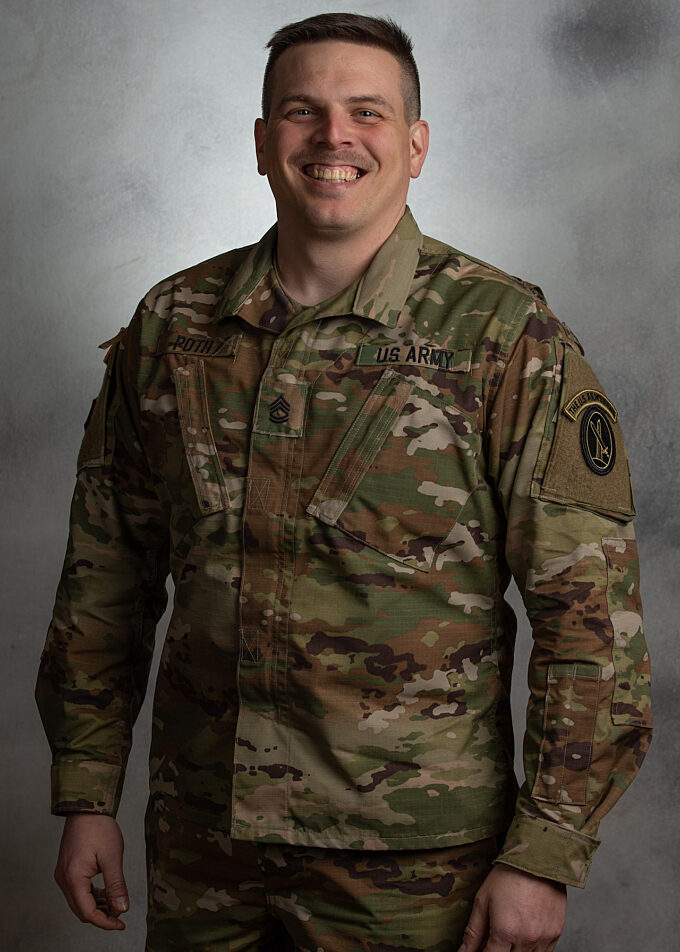 MSG Poth enlisted in the Army in October 2000 as a trombonist. His assignments include the 282nd Army Band, Fort Jackson, South Carolina; 76th Army Band, Mannheim, Germany; 98th Army Band, Fort Rucker, Alabama; 56th Army Band, Fort Lewis, Washington; and The U.S. Army Band "Pershing's Own", Fort Myer, Virginia, where he has served as Assistant Resource Manager since 2010. Poth deployed in support of Operation Iraqi Freedom in 2006 and 2009. As a trombone player, Poth performed a wide spectrum of music all over the world and served as a featured soloist several times.