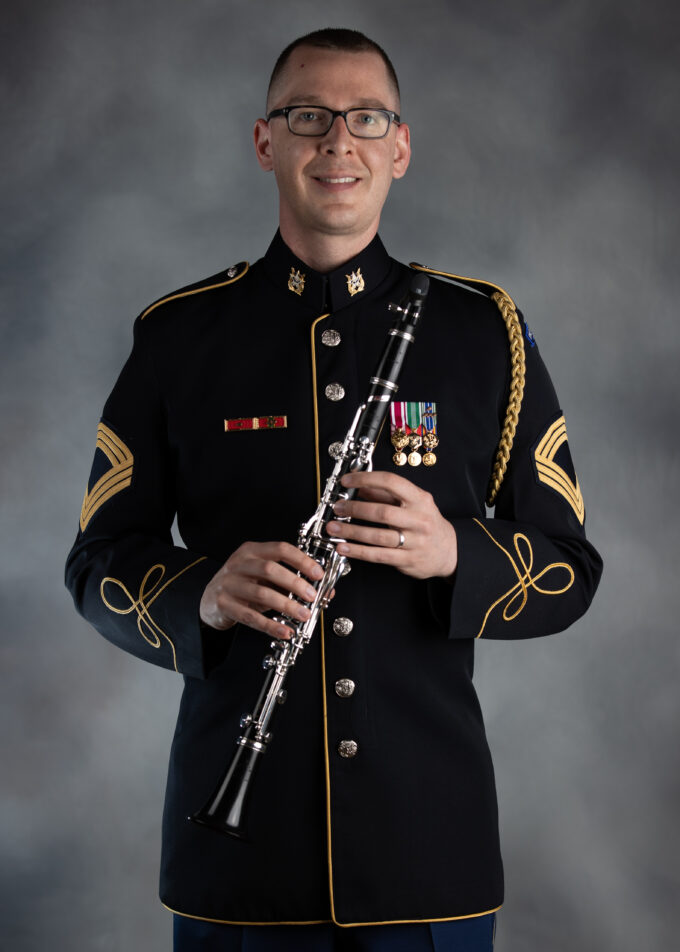 MSG Timothy Sutfin has been a member of The U.S. Army Band "Pershing’s Own" since 2010, and was appointed as Concertmaster of The U.S. Army Concert Band in 2016. Sutfin began his military career in 2008 as the Eb clarinetist with The United States Military Academy Band at West Point. In addition to a successful military career, Sutfin served as second clarinet with the Oklahoma City Philharmonic from 2005-2008. He has also performed with the Richmond Symphony, Alexandria Symphony Orchestra, Winston-Salem Symphony, Texas Festival Orchestra, Quartz Mountain Music Festival Orchestra, and served on the faculty at Oklahoma City University from 2007 to 2008. Sutfin received a Bachelor of Music magna cum laude from Northwestern University in 2004, and a Master of Music with high honors from Oklahoma City University in 2007. His primary teachers include Russell Dagon, Jane Carl, Charlene Zimmerman, and Chad Burrow.