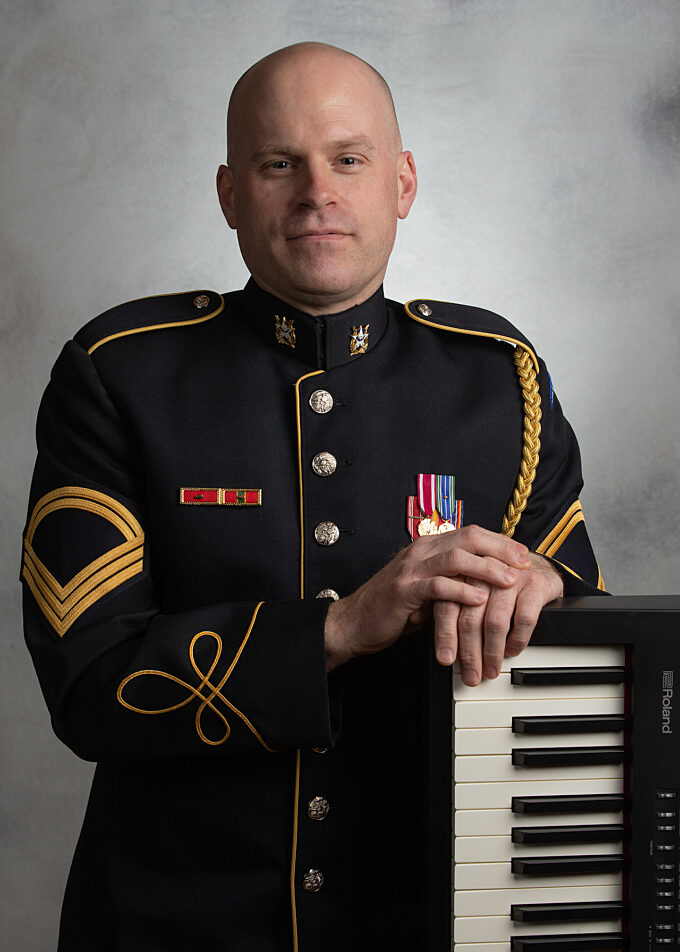 SFC Tim Whalen has played music all over the United States, Japan, and Europe in a variety of musical venues such as The Blue Note (New York), House of Blues (Chicago), Club Quattro (Tokyo), and Bohemian Caverns (Washington, DC). He has written music for all mediums from jazz trio to orchestra. As a jazz pianist, he has shared the stage with Jorge Drexler, David “Fathead” Newman, Jon Hendricks, Vic Juris, Richard Davis, Dennis Irwin, Barry Ries, Clyde Stubblefield, Ben Sidran, Marcus Belgrave, and others. Whalen is held in high regard as a composer, arranger and orchestrator. In 2005, he orchestrated music for the Oscar-winning song, “El Otro Lado del Rio” by Jorge Drexler from the film The Motorcycle Diaries. In March 2009, he premiered an orchestra commission for the Cobb Symphony in Atlanta, where they performed the music of The Who featuring a 5-piece rock band accompanied by a 60-piece orchestra. He joined “Pershing’s Own" in 2010, and when not proudly serving his country with The U.S. Army Band Downrange, Tim stays busy with projects including the Tim Whalen Trio and the Tim Whalen Nonet, as well as his 9-piece funk and R&B band, Phat Phunktion.