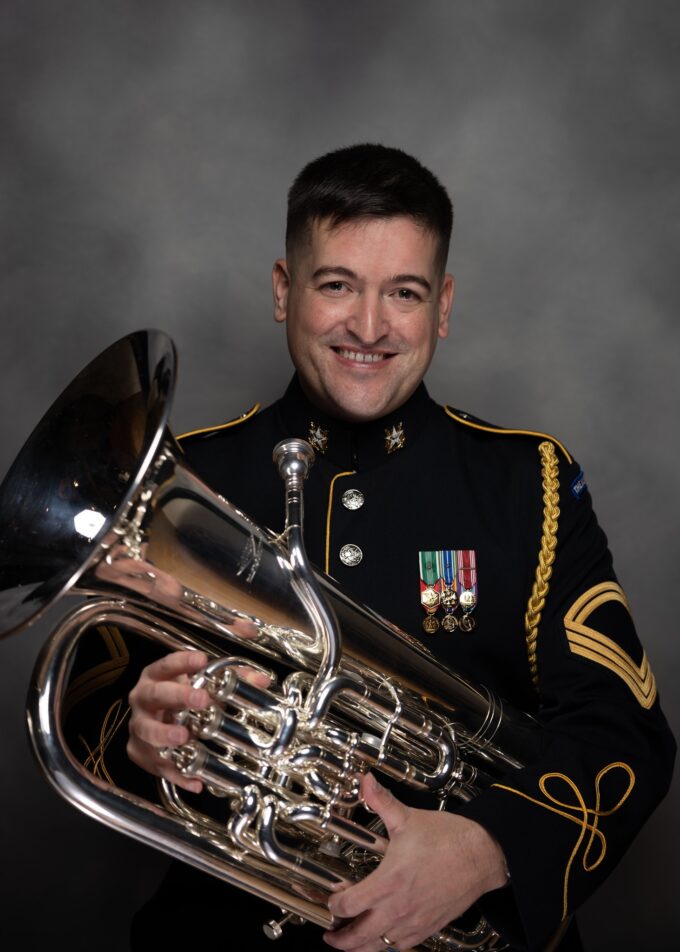 SFC Toby Furr, a native of Dallas, Texas, joined the U.S. Army Ceremonial Band in 2013. Furr is a graduate of the University of North Texas in Denton, Texas. At UNT, he studied with Dr. Brian Bowman and performed with the UNT Wind Symphony as well as several chamber ensembles. Furr was the winner of the Leonard Falcone International Euphonium Competition in the student division in 2010 and in the artist division in 2011. In his spare time, Furr enjoys running, reading, and cheering on Dallas professional sports teams.