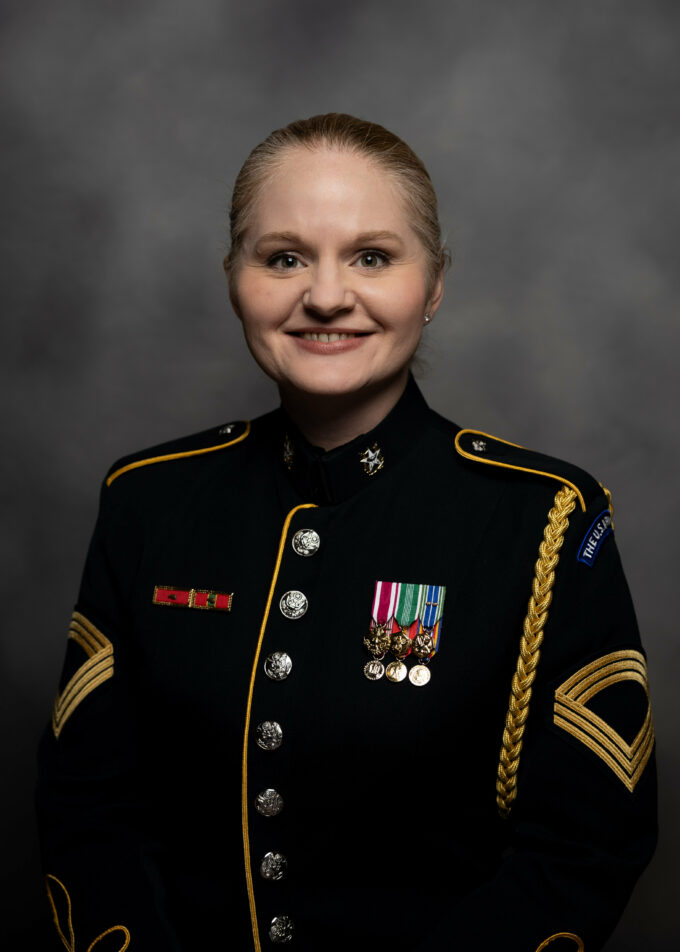 MSG Tracy Labrecque-Pearson, born and raised in Clear Lake, Texas, completed high school at the Interlochen Arts Academy near Traverse City, Michigan. In 2007, she received a Bachelor of Music from the Cleveland Institute of Music. Then, while pursuing a Master of Music from Indiana University, she auditioned for The U.S. Army Field Band and became a vocalist with The Soldiers’ Chorus in 2008. After five years with the unit, Labrecque-Pearson auditioned for a position with The U.S. Army Band “Pershing’s Own” and became a member of The U.S. Army Voices. Equally at home with both classical and contemporary styles, her vocal versatility makes her an asset to this element which performs literature from all genres. Labrecque-Pearson has performed for opera greats such as Mirella Freni and Gabriele Lechner, and performed the role of ‘Sandrina’ in Haydn’s L’infedeltà delusa with stage director Bodo Igesz in Graz, Austria. As an Army soloist, she has performed for a variety of events: the televised Boston Pops Fourth of July Concert; at numerous professional sporting events; the Houston Livestock Show and Rodeo; and countless public concerts throughout the country to crowds large and small, with notable guests such as both Presidents George W. and George H.W. Bush in attendance.