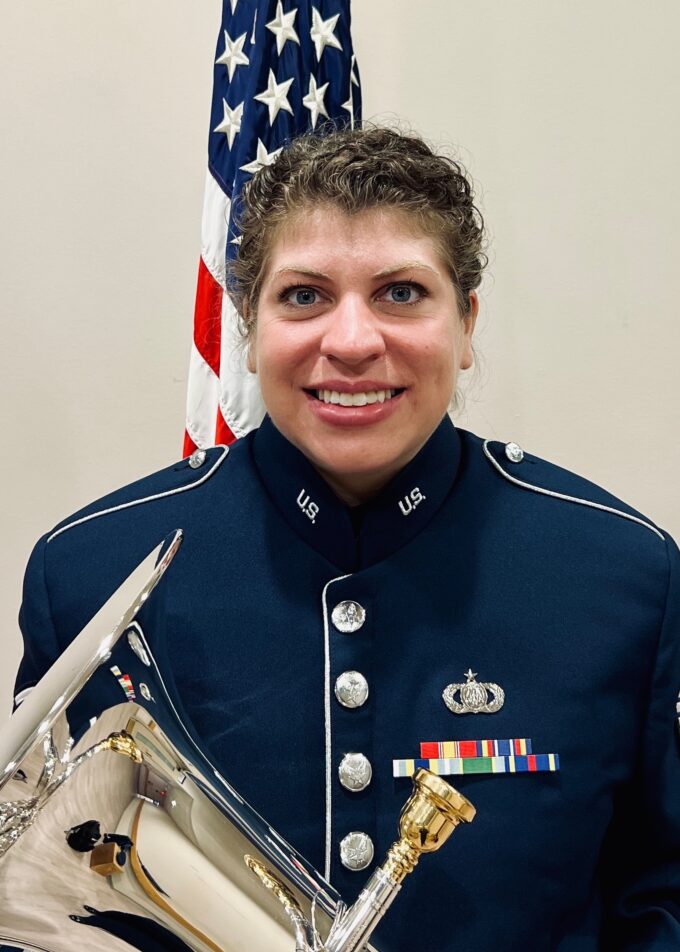 Technical Sergeant Alison Miserendino is a euphoniumist with the Ceremonial Brass, The United States Air Force Band, Joint Base Anacostia-Bolling, Washington, D.C. A native of Burke, Virginia, her Air Force career began in 2020.

An accomplished soloist, Sergeant Miserendino has received several international accolades. In 2010, she was the winner of The United States Air Force Band’s own George S. Howard Young Artist Competition. She was runner-up in the International Women’s Brass Conference’s Mock Audition competition in 2014, and in 2016 Miserendino was awarded a Bronze Medal in the Artist Division of the Leonard Falcone International Euphonium Competition.