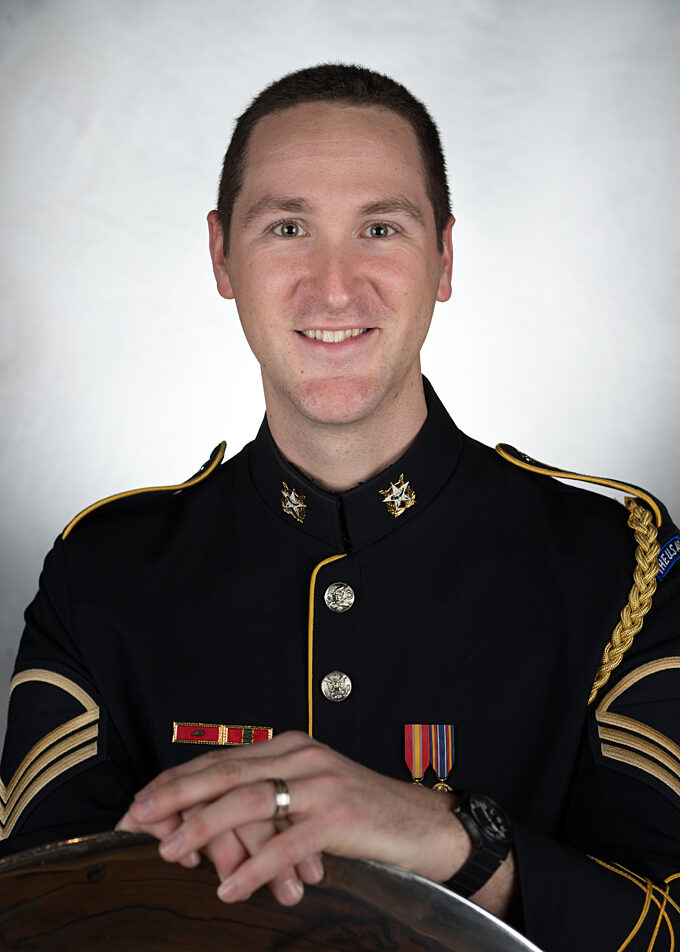 SSG Zach Bridges received his bachelor’s degree from Baylor University where he studied with Dr. Kent Eshelman. He received his master’s degree from Rice University’s Shepherd School of Music, where he studied with David Kirk, Principal Tuba of the Houston Symphony.Prior to joining “Pershing’s Own,” Bridges performed with the Houston Ballet, East Texas Symphony and the Waco Symphony, as well as the festival orchestras of Lake George, Brevard Music Center, National Music Festival, Texas Music Festival, and the Sewanee Music Festival.In addition, Bridges has performed in several solo competitions including the Artist Tuba solo competition at the 2014 International Tuba Euphonium Conference in Bloomington, Indiana, where he was a semi-finalist. He was also named winner of the 2011 Young Artist Tuba division at the International Leonard Falcone solo competition.In his free time, he enjoys swing dancing with his wife Rebekah and playing with their cat, Lafayette.