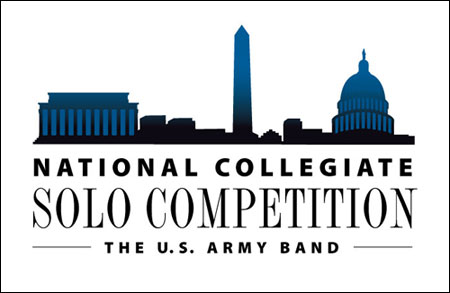 Congratulations to our 2021 winner, Landon Chang!

*This may be modified due to public policy and public health concerns. In that event, the winner will perform in concert with the U.S. Army Concert Band for a future live or video performance.

Originally from Coeur d’Alene, Idaho, Landon Chang is a dual major in Music Education and Saxophone Performance at the University of North Texas College of Music where he studies with Dr. Eric Nestler. He has participated in various ensembles under the direction of Eugene Corporon, Dennis Fisher, Nicholas Williams, and Daniel Cook. Chang has held membership with the North Texas Wind Symphony and previously held a position with the Dallas Asian Wind Ensemble. Apart from ensembles, he has participated in masterclasses with Debra Richtmeyer, Eric Nestler, and Dale Underwood. In the summer of 2019 Chang attended the American Saxophone Academy where he studied with Carrie Koffman, Chien-Kwan Lin, Timothy McAllister, Otis Murphy, and Kenneth Tse. Chang has earned multiple awards as a performer including top prizes from the MTNA Young Artist Competition, North American Saxophone Alliance Collegiate Solo Competition, Musicfest Northwest Sonata Competition, and Musicfest Northwest Young Artist Woodwind Competition. In May 2019, he made his debut with the Spokane Symphony performing the Villa-Lobos Fantasia for soprano saxophone. Most recently, he received the North Texas College of Music Presser Undergraduate Scholar Award, considered the most prestigious undergraduate award in music at UNT. Currently, Chang is a Senior Music Ambassador for the North Texas College of Music where he leads a team in tours, outreach, and student recruitment. While away from the university, Chang maintains an active studio in the Coeur d’Alene and Denton areas.