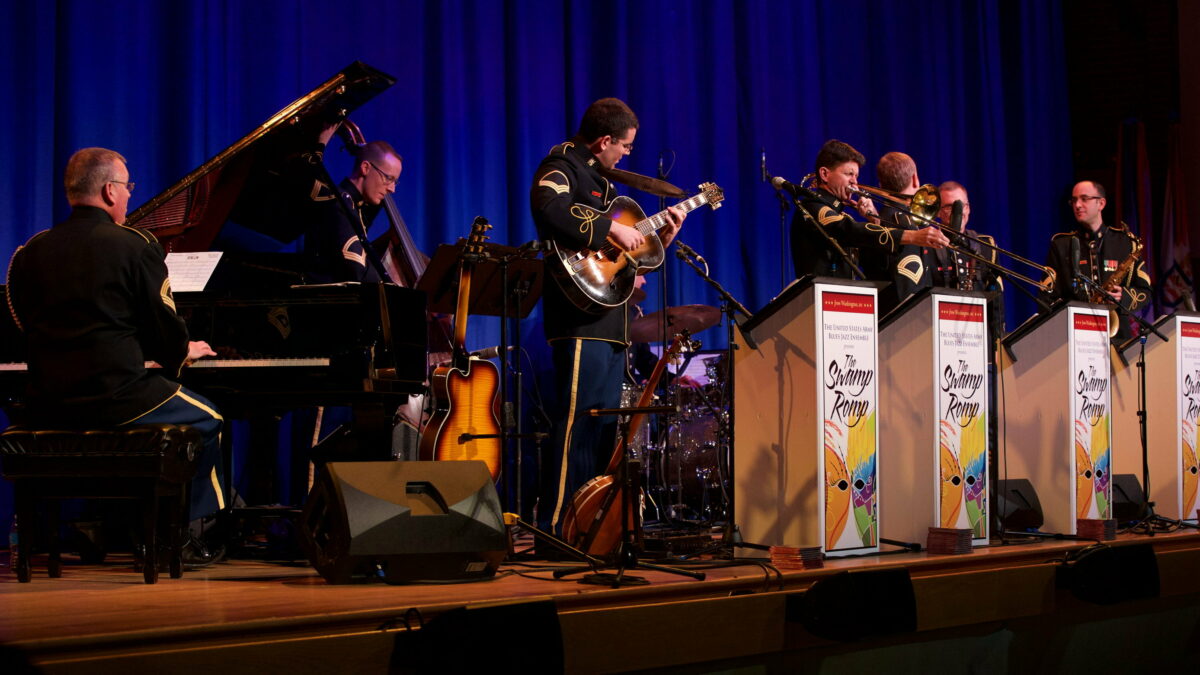 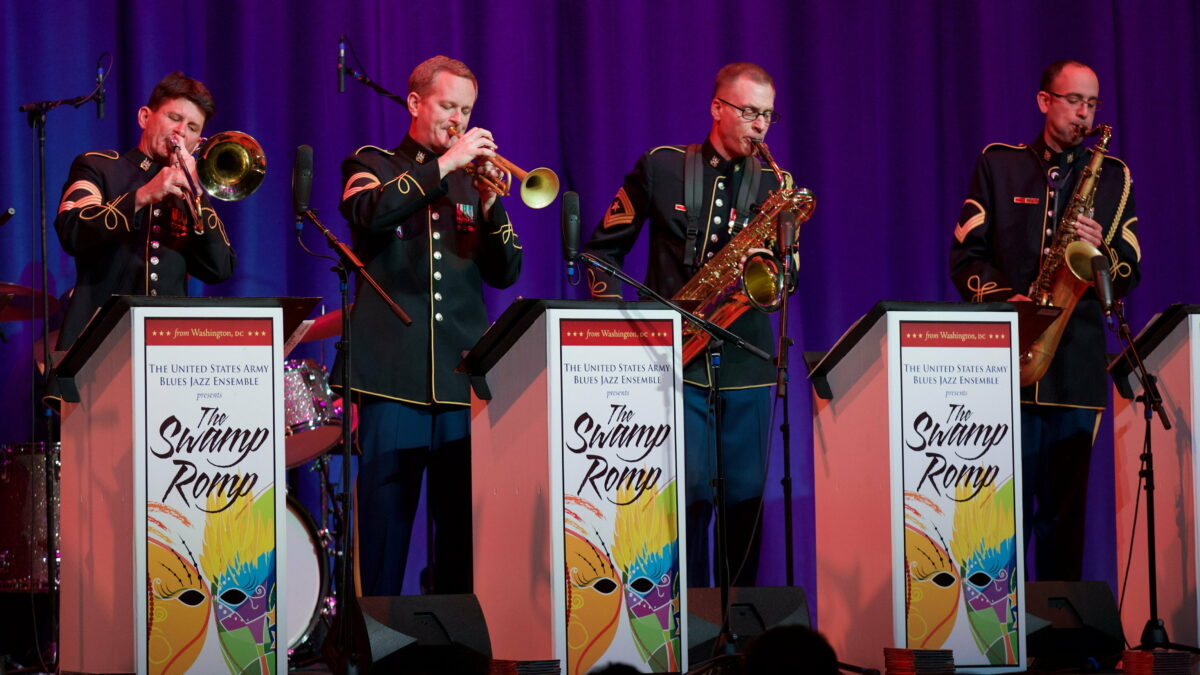 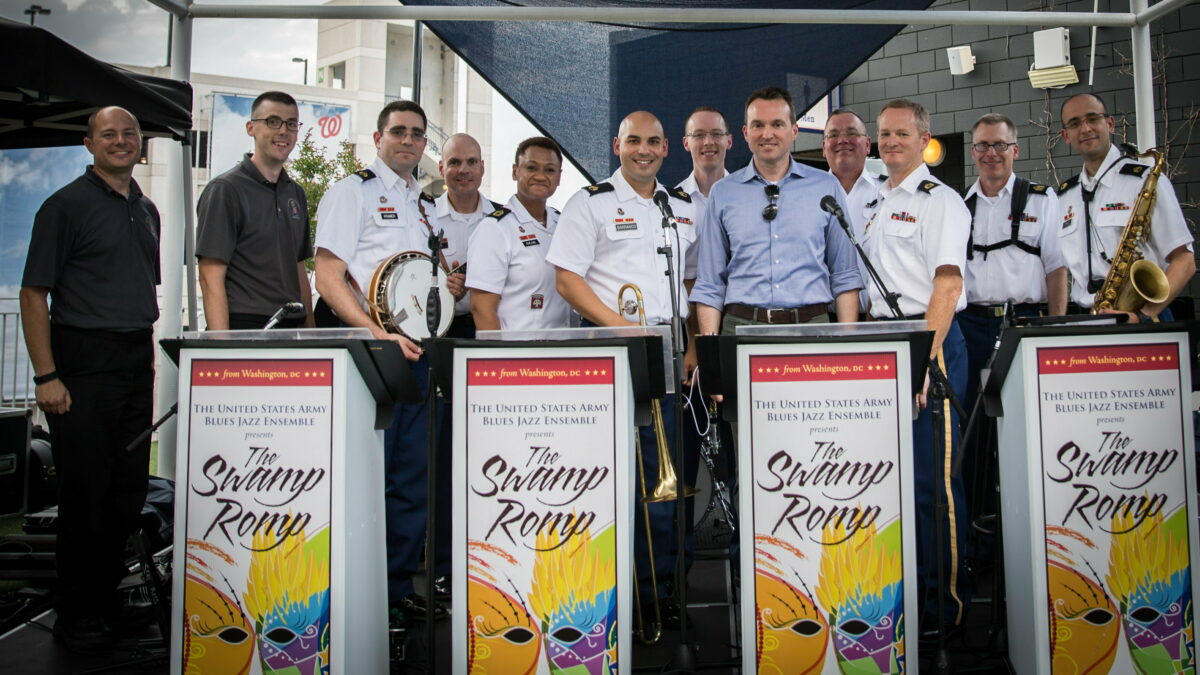 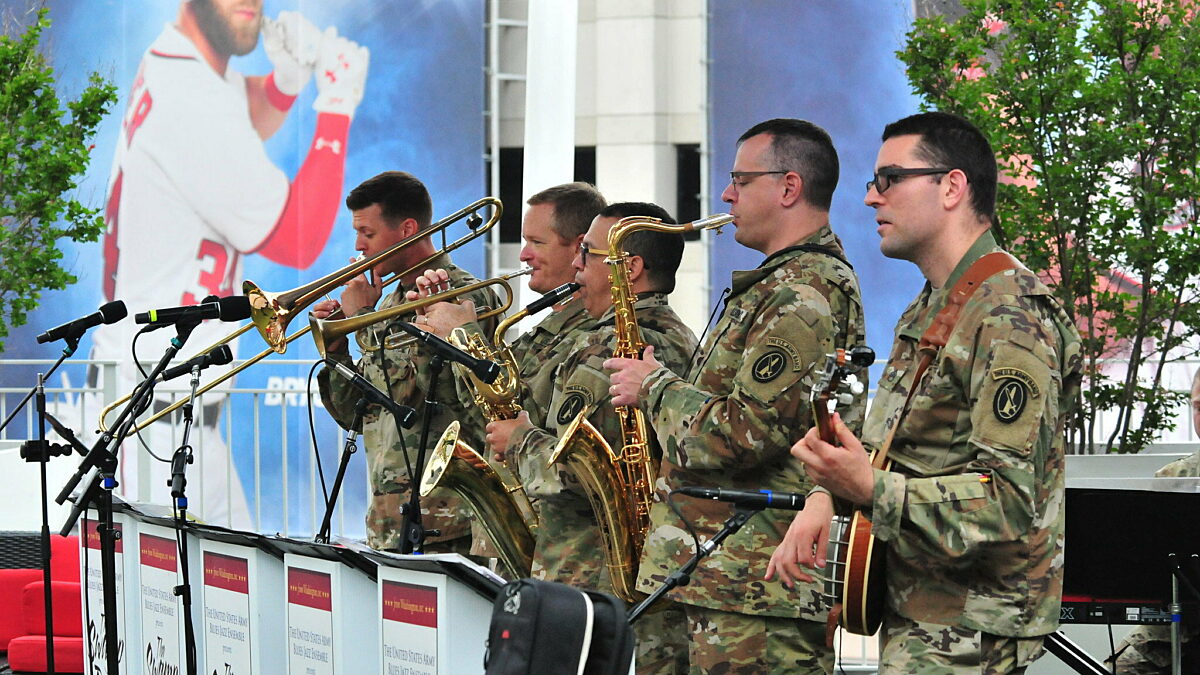 Representing The United States Army Band “Pershing’s Own,” The U.S. Army Blues Swamp Romp has been active for almost two decades, performing traditional jazz and folk music of Louisiana in support of recruiting and community outreach initiatives throughout our nation.

As with each group within The U.S. Army Band, the Soldiers of Swamp Romp are deeply committed to education as part of their mission. The Swamp Romp regularly presents concerts and clinics in public schools and at major universities, promoting the proven cross benefits between childhood music participation and science, technology, engineering, and math (STEM).

Through the years, there has only been one constant: no two Swamp Romp performances have EVER been the same. Improvisation, audience interaction, humor, joy, and audacity all combine to create a musical gumbo unique to each occasion. In performances, all musicians, even those without jazz experience, are enthusiastically encouraged to collaborate with these Soldiers through impromptu jam sessions, looking away from the printed page whenever possible. Magic happens when friends join together for bold, unplanned musical journeys. This live recording captures the spontaneity, camaraderie, and jubilance of this unique ensemble’s onstage performances.