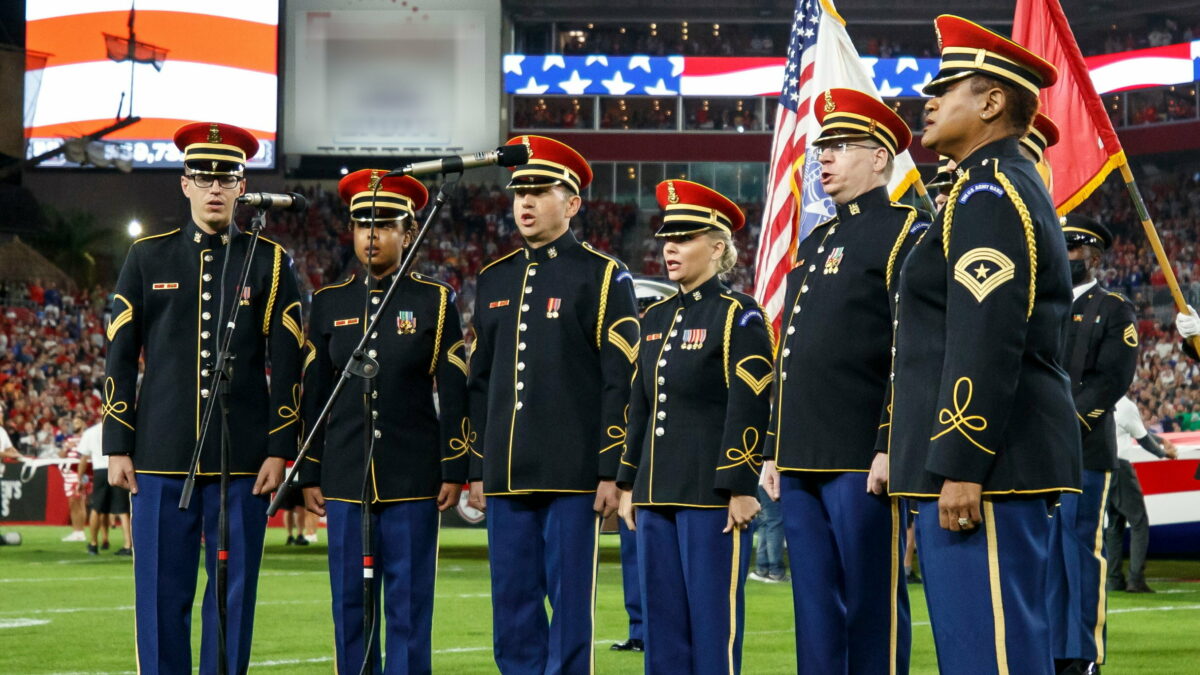 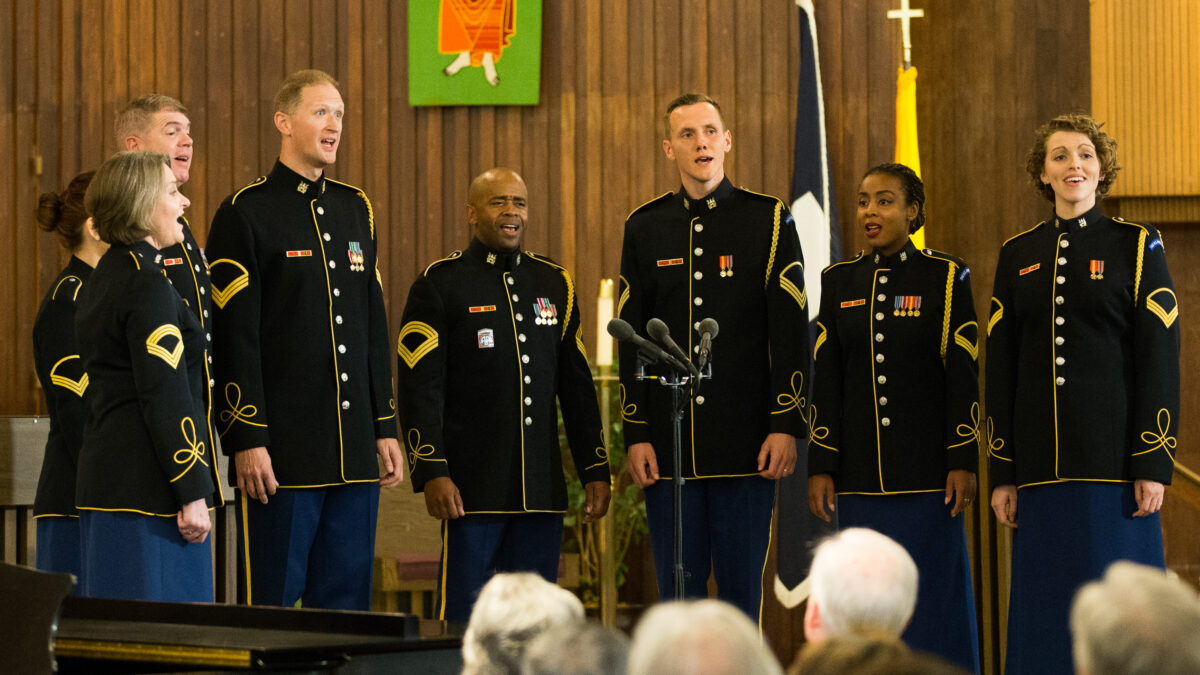 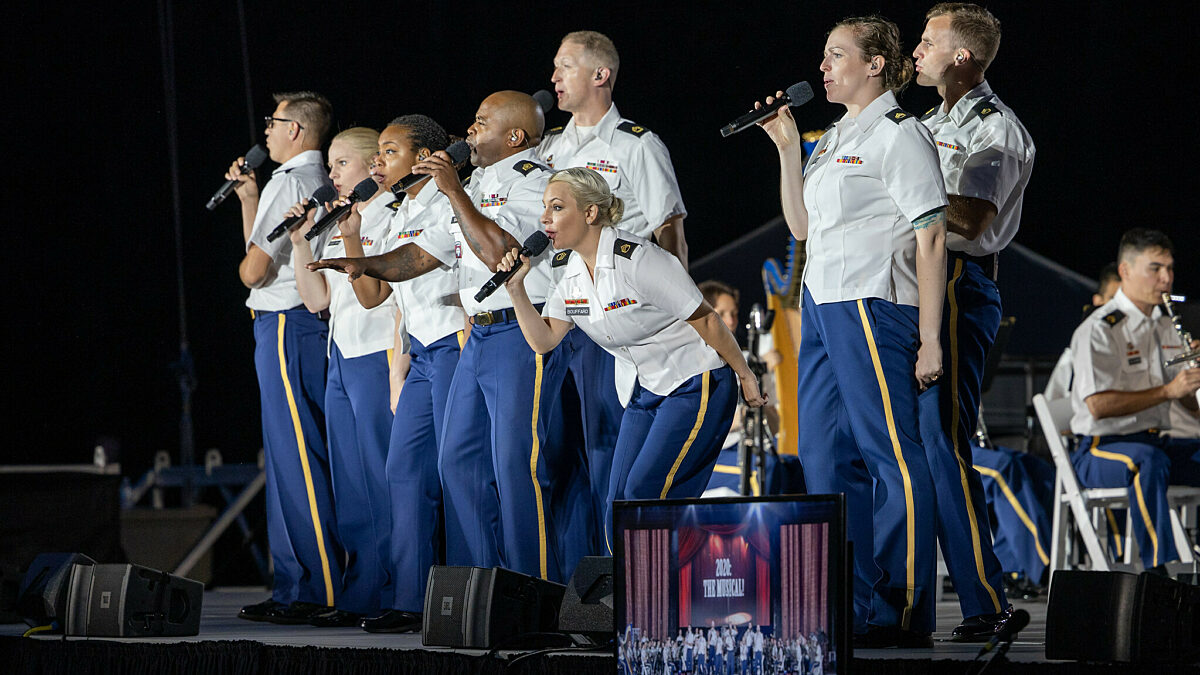 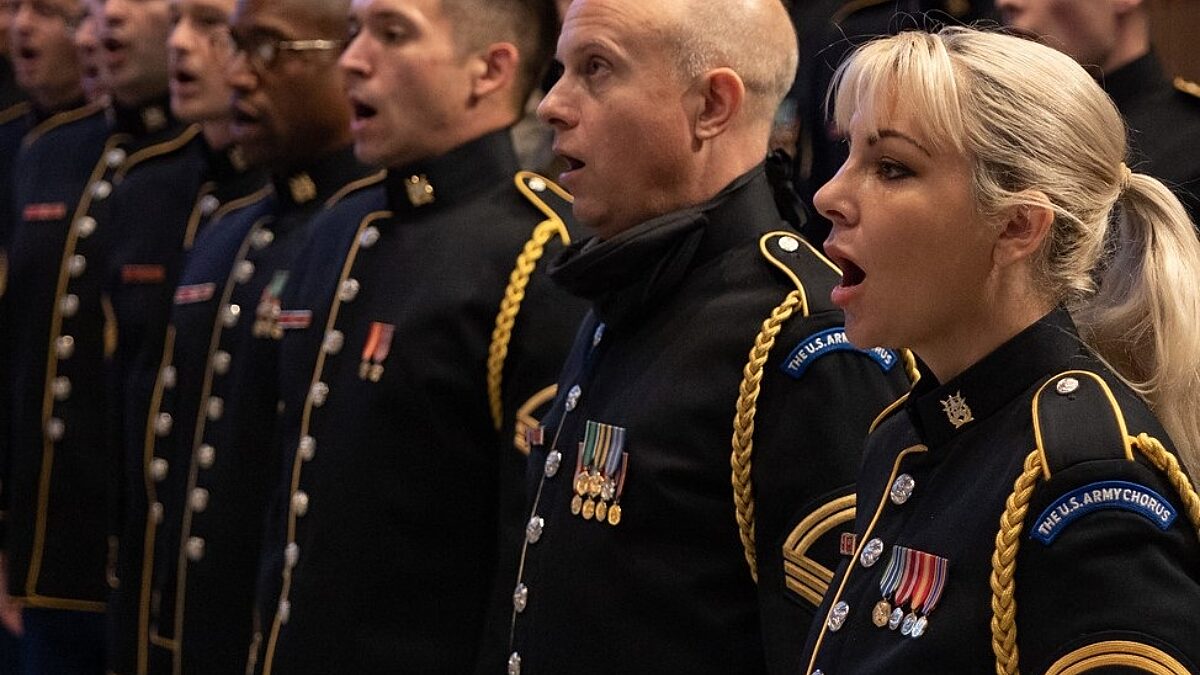 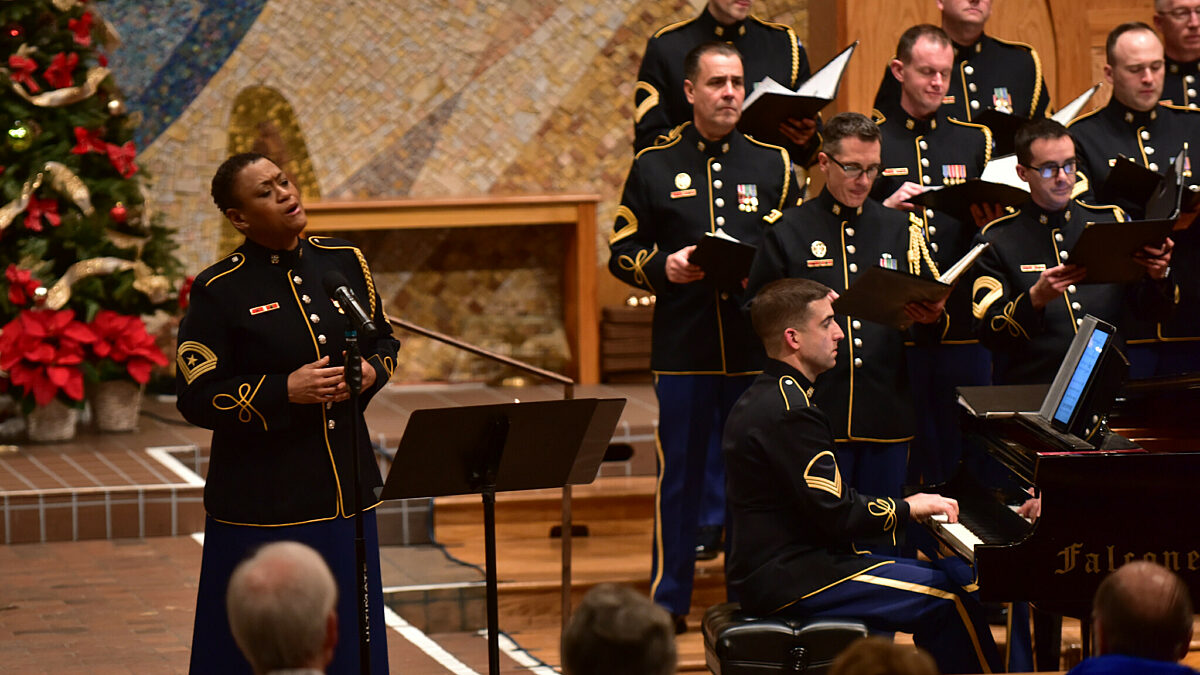 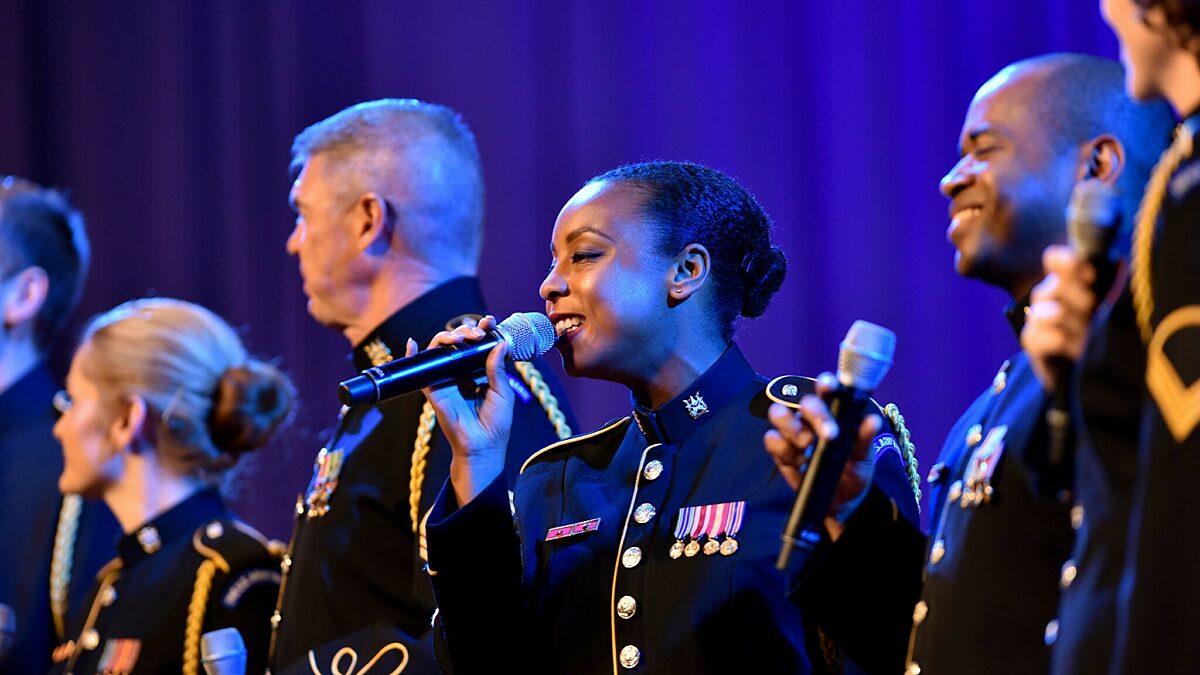 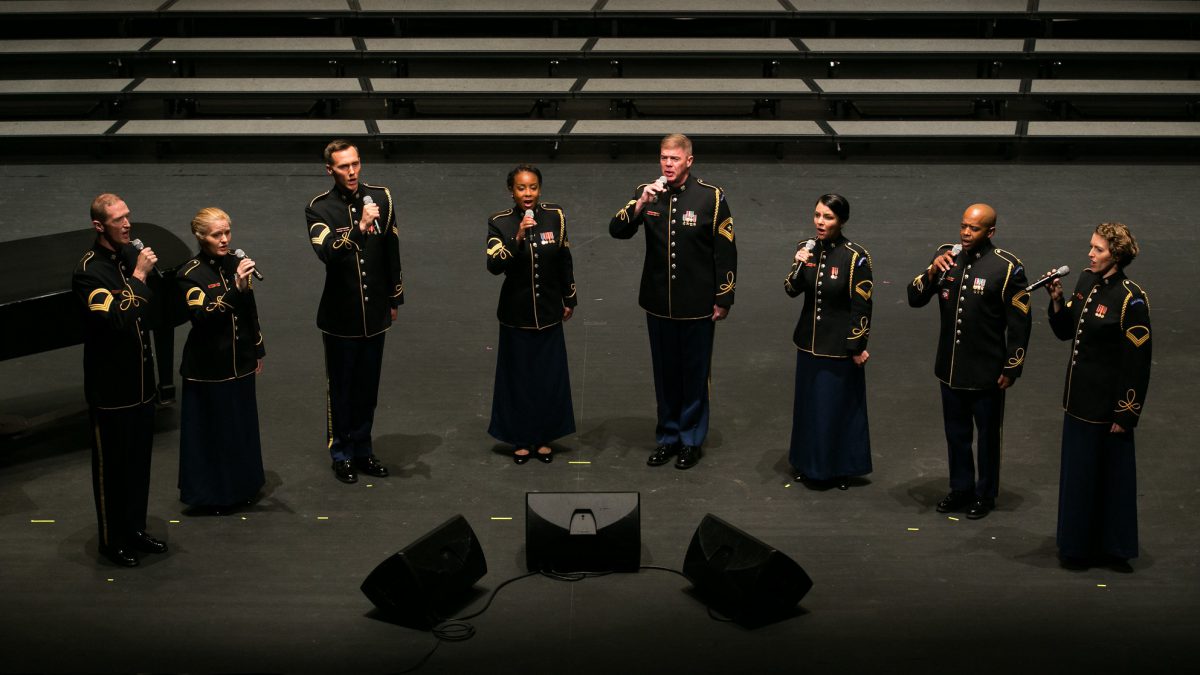 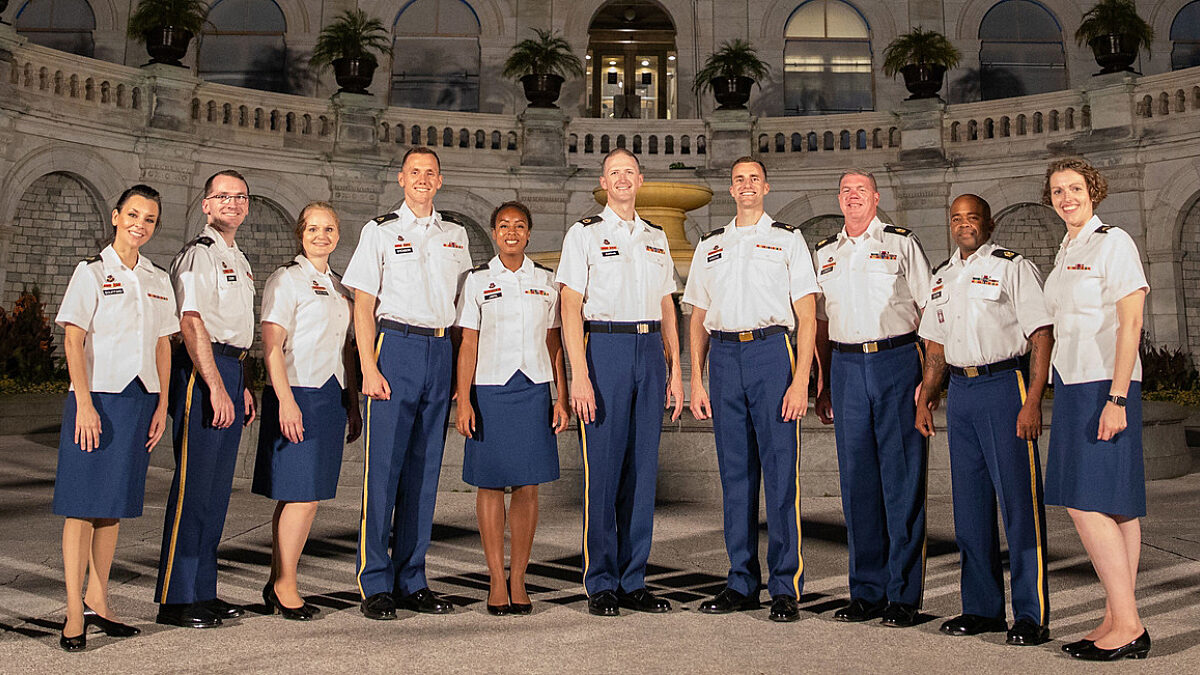 In 1956, The U.S. Army Chorus was established as the vocal counterpart of The United States Army Band “Pershing’s Own.” Consistently throughout its history The U.S. Army Chorus has maintained a reputation of musical excellence in support of senior government and military leadership as well as inspirational engagement with the American people.

These short lunchtime programs are free and open to the public and will feature The U.S. Army Chorus and Meeting House Singers in festive holiday carols!

The Army Chorus performs frequently at the White House, the Vice President’s Residence, the U.S. Capitol and the State Department. World leaders, such as former Presidents Nicolas Sarkozy of France, Lech Walesa of Poland, and Mikhail Gorbachev of the Soviet Union have been serenaded by the Army Chorus during state visits. In 2007, the group was featured at the State Dinner held in honor of Her Majesty Queen Elizabeth II, and in 2008 at the State Arrival Ceremony for Pope Benedict XVI held on the south lawn of the White House.

When in Washington, DC, foreign dignitaries and military counterparts visiting our nation’s senior leadership are greeted by songs performed in their native tongues, as the Army Chorus has performed in more than 40 languages and dialects.

The Army Chorus was personally requested to perform for the private interment services of former President Ronald Wilson Reagan in 2004, and President Gerald R. and Mrs. Betty Ford in early 2007 and 2011, respectively. In late 2018, the Chorus was honored to help the Bush family lay to rest its patriarch and our 41st President, George H.W. Bush in a private interment ceremony in Texas.

Soldiers in the Army Chorus, most of whom hold advanced degrees in music, are selected from among the nation’s finest musicians. In 2016, the group celebrated its 60th Anniversary with concerts to include a reunion of past members, many of whom have had successful careers in music education and as soloists on Broadway and opera stages around the world. In 2021, the ensemble celebrates 65 years of service to the U.S. Army, its senior leaders, and the American people.