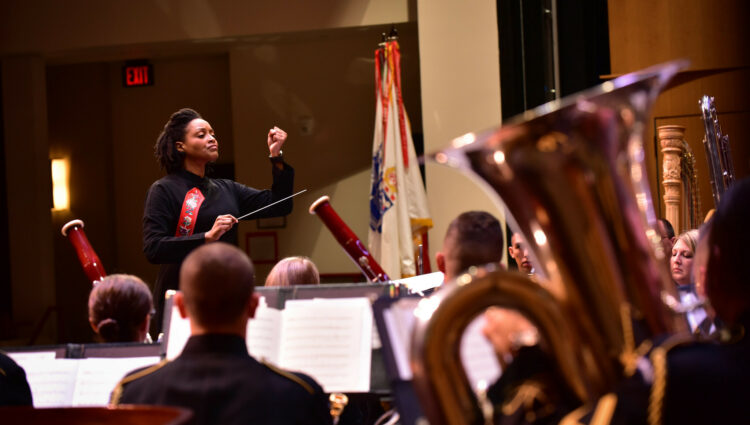 Dr. Mallory Thompson, showcases six up-and-coming young conductors from across the country as they lead the The U.S. Army Concert Band in an evening of great concert band music. Free; no tix required.