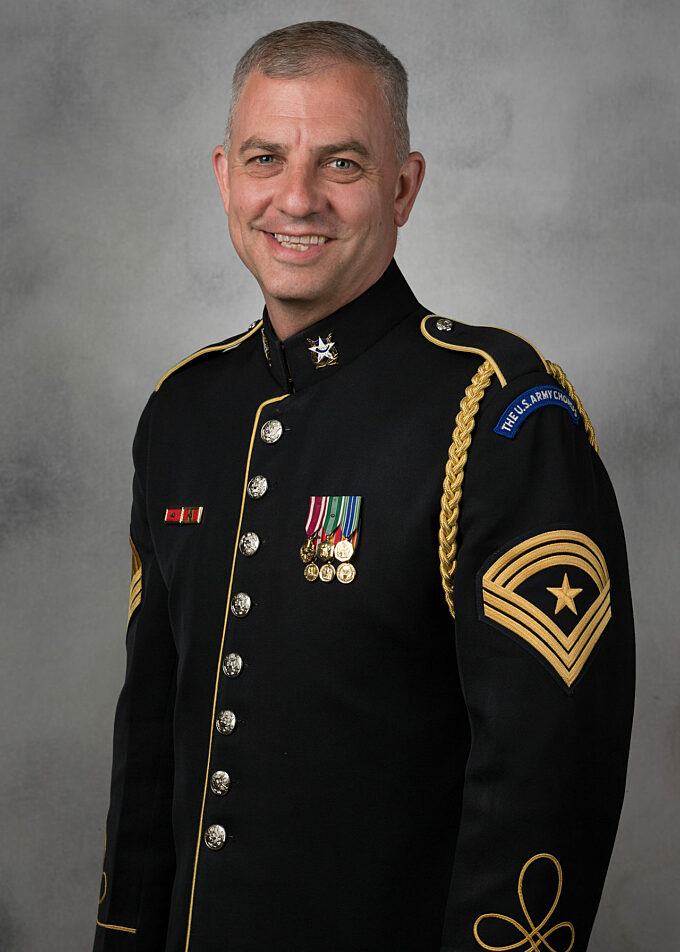 SGM Alec Maly of Basking Ridge, NJ, joined The United States Army Band "Pershing's Own" in February of 1996 as a bass vocalist for The U.S. Army Chorus. He currently serves as Element Leader for the Army Band Vocal Element. Prior to joining the Army, Maly completed a five year double degree program at Lawrence University in Appleton, WI, where he earned a Bachelor of Music degree in Vocal Performance and a Bachelor of Arts degree in Biology. Highlights of Maly's service with The Army Chorus have been his selection and performance as the featured soloist for the 2001 Presidential Inauguration and performing with The Army Chorus at the funerals of former presidents Ronald Reagan, Gerald Ford, and George H.W. Bush. Maly has received numerous military honors to include an award of the Meritorious Service Medal, three awards of the Army Commendation Medal and one award of the Army Achievement Medal.