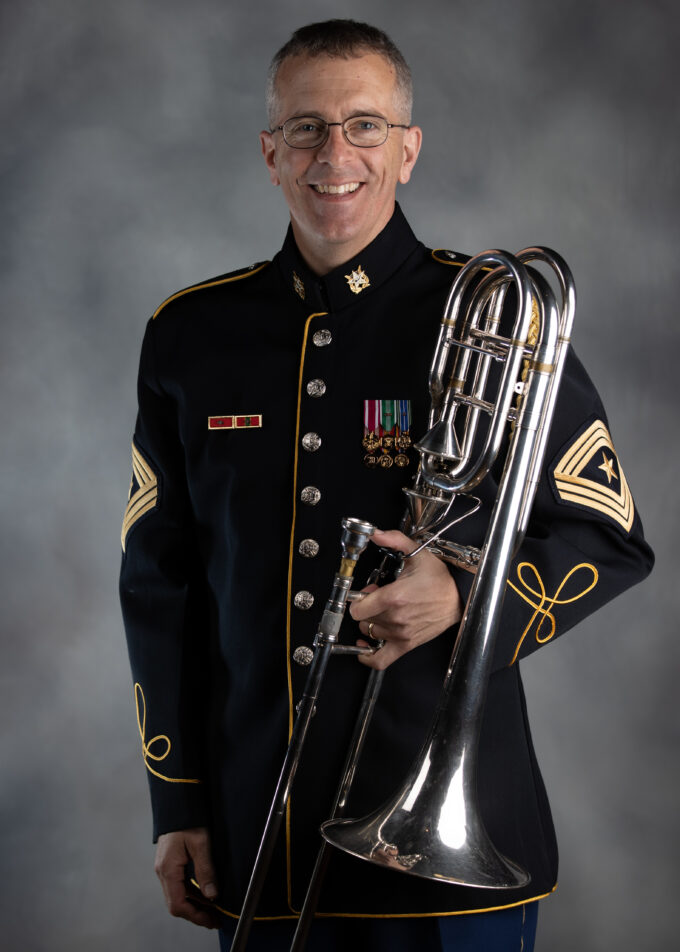 Prior to his position with "Pershing's Own", SGM Craig Arnold was a member of the Albany and Allentown Symphonies, The National Repertory Orchestra, The Metro Lyric Opera of New Jersey, The Monumental Brass Quintet, The Riverside Trombone Quartet, The Sonny Costanzo Big Band, Prince William Symphony and performed around the world with the European-based Philharmonic of the Nations from 1993-1996.He has performed with the Arlington, Annapolis, Maryland, Mid-Atlantic, Fairfax, Gettysburg, New World, Manassas Ballet Theatre Orchestra, and Chautauqua Symphonies, and the New Jersey Pops. He has spent summers at The Music Academy of the West, Pacific Music Festival, Grand Teton Orchestral Seminar, National Orchestral Institute, Waterloo Music Festival, Chautauqua School of Music, Eastern Music Festival, and the Tanglewood Empire Brass Seminar. His teachers include Stephen Norrell, Randall Campura, John Marcellus, Hal Janks, and David Fedderly. Arnold has dedicated much of his life outside of performing to music education. Before coming to the D.C. Area, he was a band director in the New Jersey Public Schools, and the New York City Arch Diocese. He currently maintains a very active private teaching schedule.