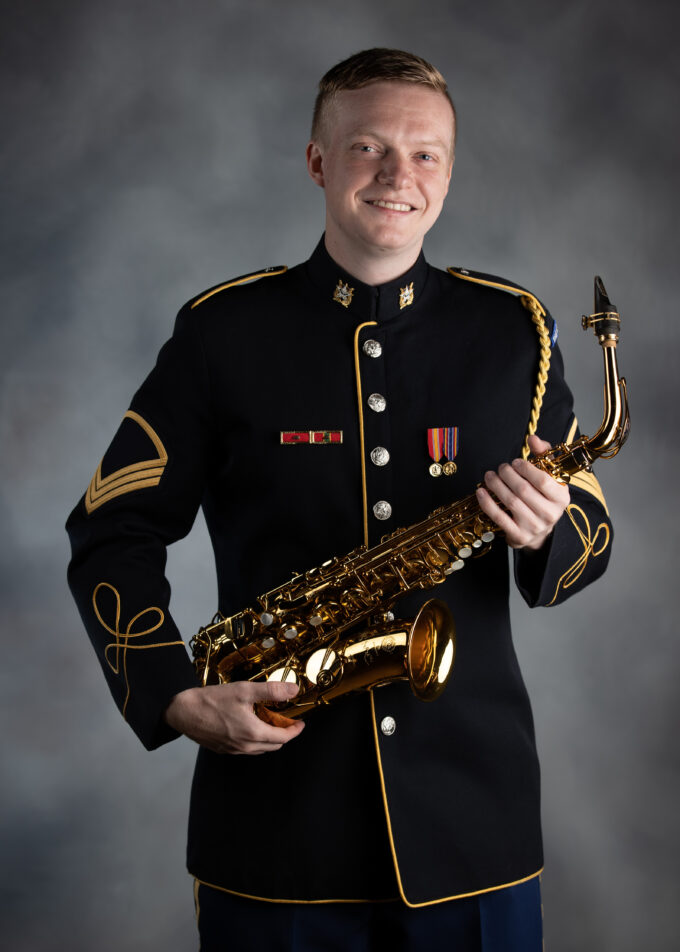 SSG Andrews is an accomplished saxophonist and composer of all genres. He began his career as a classical pianist and saxophonist. In high school, Andrews placed in several concerto competitions and was awarded 1st chair alto saxophone in Bands of America’s Honor Band before deciding to switch his focus to jazz. Coming out of high school, Andrews won the saxophone spot in the inaugural Stamps Quintet of University of Miami’s Frost School of Music. The Stamps Quintet was the school’s premier ensemble and its members received a full scholarship to the school along with many special opportunities. Through the Stamps program, Andrews won an outstanding soloist award at the Monterey jazz festival, was a part of several downbeat awards, and performed with guest artists such as Chris Potter, Dave Holland, Matt Wilson, Carl Allen, and Gary Burton. Andrews played in many pop, jazz, funk, and rock bands after graduating and also put a large portion of his time into teaching private students and directing student ensembles before joining the Army Blues.