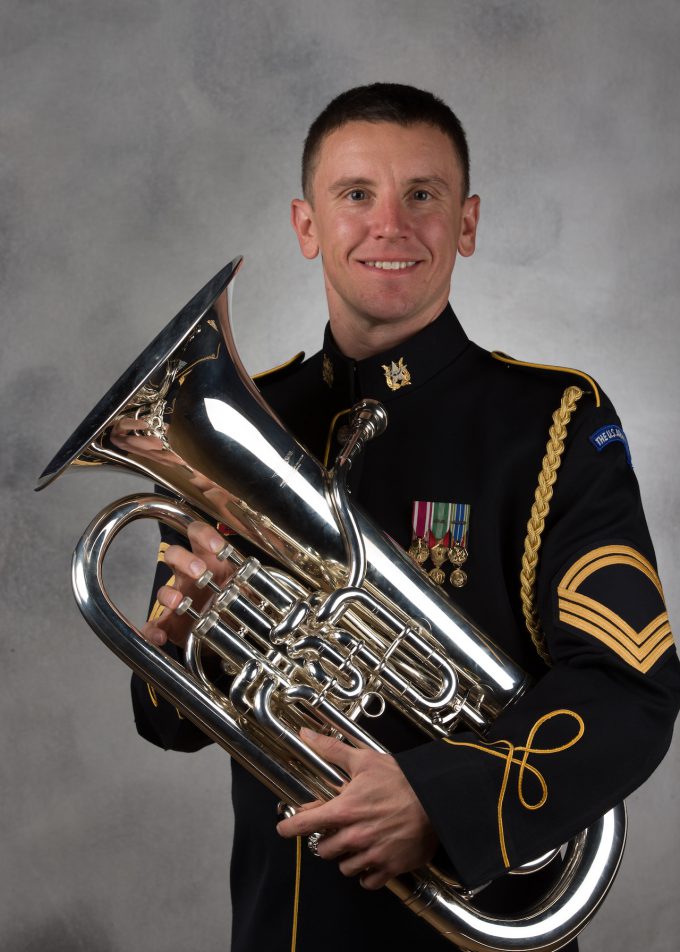 MSG Daniel Ord enlisted in the Army in 2007 and quickly was appointed to prestigious assignments within the band field. Within a year of joining, he was selected to be the euphonium instructor at the Armed Forces School of Music in Norfolk, VA, where he taught incoming Soldiers, Sailors, and Marines as they entered the service bands. He was then assigned to the United States Army Europe Band in Sembach, Germany where he served as the Team Leader and trombone player for the award-winning ensemble "Kaiser Brass." He became a member of the U.S. Army Ceremonial Band in 2014.Through his Army career, Ord has earned numerous awards including Distinguished Honor Graduate and the Distinguished Leadership Award at the Army Advanced Leader Course. He is also a two-time recipient of the Colonel Finley Hamilton award. Ord enjoys cycling, practicing, and spending time with his wife, son, and two pups.