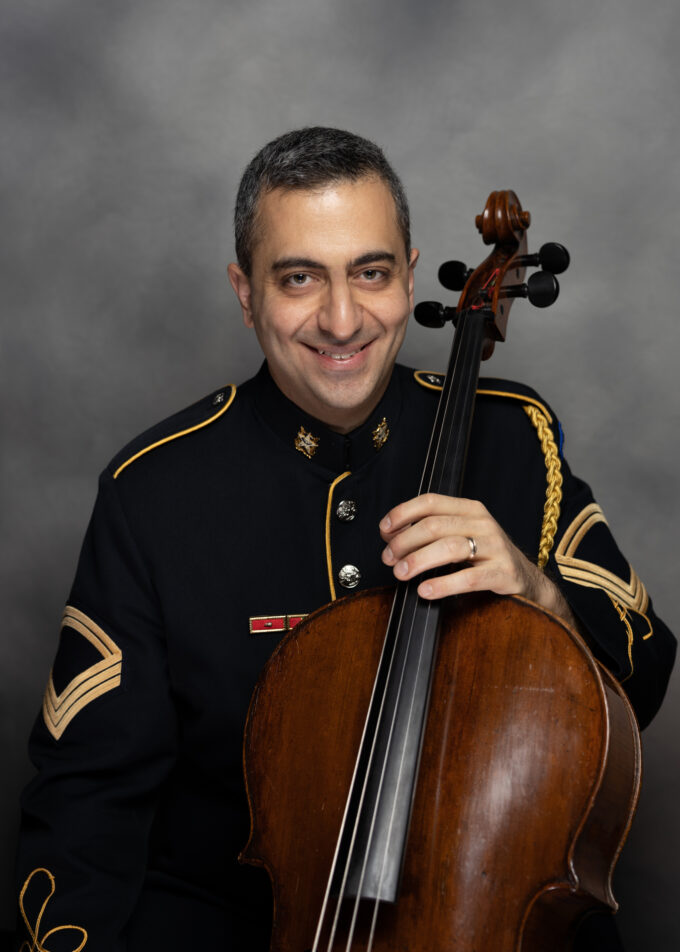 SFC Hrant Parsamian has been a prize winner in international competitions including the Houston Symphony Ima Hogg Competition, the Montgomery Symphony Fellowship, the Olga Koussevitzky Competition, the HAMS Cello Competition, and the Hudson Valley String Competition. He has appeared in venues such as Weill Recital Hall, Alice Tully Hall, Banff Center for the Arts, and the Orford Festival. His collaborations include Hans Graf, Carlos Prieto, Vladimir Ashkenazy, Zakhar Bron, Natalya Shakhovskaya, Franz Helmerson, Richard Watkins, and Oxana Yablonskaya. Parsamian is a member of the Arsenal Trio together with violinist Benjamin Sung and pianist Jihye Chang Sung. As a teacher he has given studio and master classes at Yale University and The William Blount-Slawson Competition, among others. Born in Bulgaria, Parsamian started the cello at an early under the guidance of his mother. His first recital was at the age of six. Two years later he gave his debut as a soloist performing C.P.E. Bach’s Cello Concerto. Parsamian holds bachelor degrees from The Hochschulle fur Music in Wien, The Juilliard School, and received his Masters of Music from Yale School of Music where he studied with world renowned cellist Aldo Parisot. In 2010, Parsamian won a position with The U.S. Army Band "Pershing's Own" and married pianist Tatjana Parsamian. He is the proud father of a son, Benjamin.