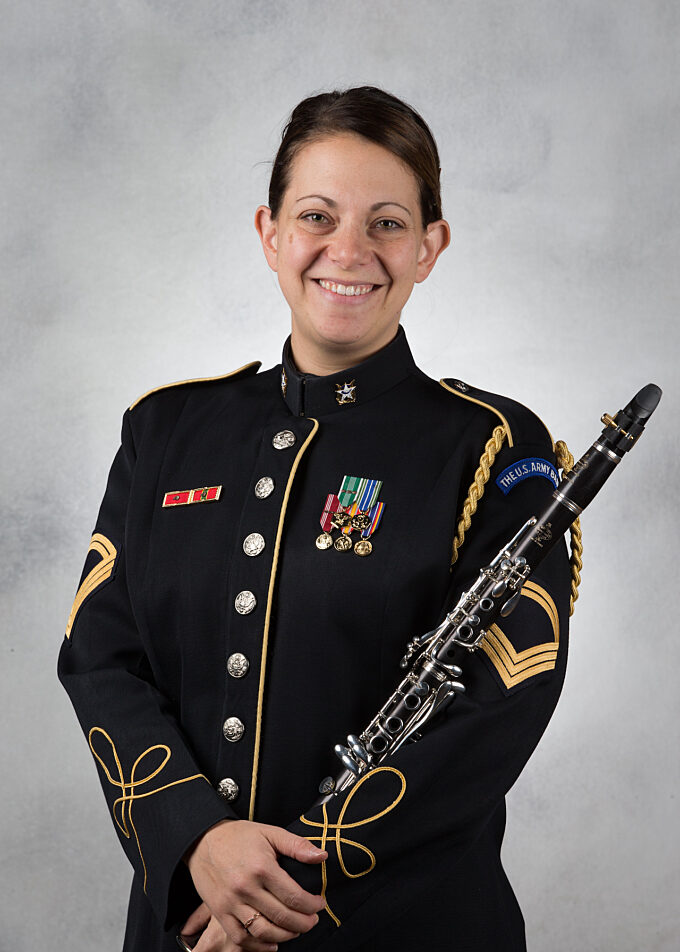 MSG Jennifer Trujillo has been a member of The U.S. Army Band "Pershing's Own" since 2005. After beginning her career in the Ceremonial Band, Trujillo has been performing with the Concert Band and the U.S. Army Orchestra since 2008. In her years in The U.S. Army Band "Pershing's Own," MSG Trujillo has performed on numerous solo, chamber, and clarinet quartet/quintet recitals and masterclass, including masterclasses in China and around the country. Trujillo earned a Bachelor of Music in clarinet performance and a Bachelor of Music Education from Louisiana State University studying with Steve Cohen. Prior to joining "Pershing's Own," Trujillo enjoyed spending summers at the Brevard Music Center, The Chautauqua Institute, and studying at The University of Michigan with teachers including Eli Eban, Eric Ginsberg, and Fred Ormand.