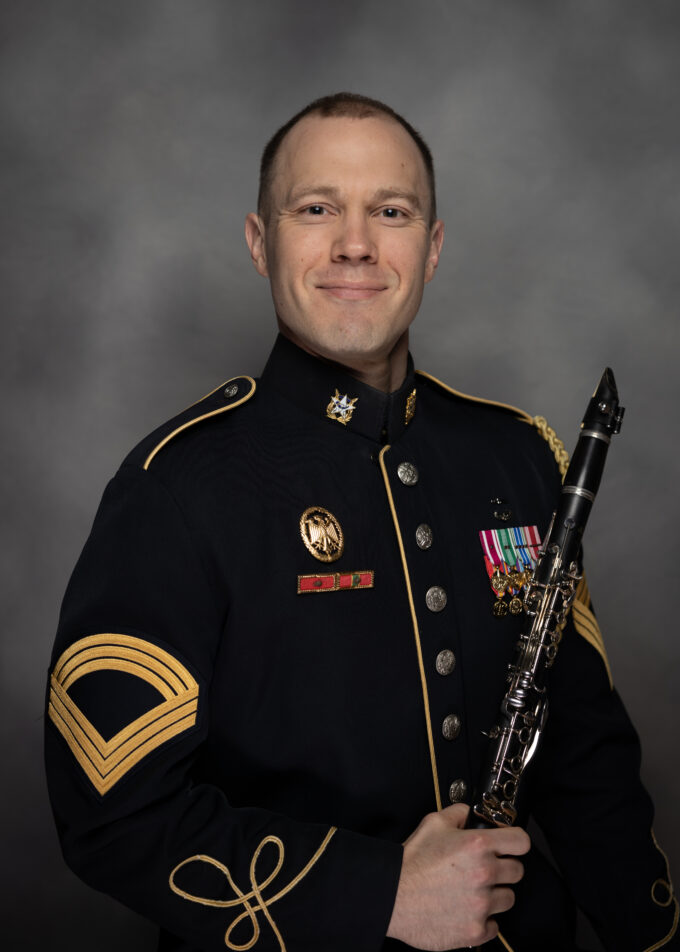 MSG Kevin Simpson began his career in The U.S. Army Band "Pershing's Own" in 2008 after winning a position with the Ceremonial Band. He performed with the Ceremonial Band for two years, at which point he auditioned for the Concert Band and was awarded a position in the clarinet section. Since then he has performed with the Concert Band for a wide variety of audiences in venues ranging from local middle schools to the Kennedy Center and Avery Fischer Hall. In addition to his work with the ensemble, Simpson has performed solo and chamber music as part of the TUSAB recital series, both on clarinet and as a vocalist. Simpson lives in Alexandria, Virginia, with his wife, Leigh, who is also a clarinet player in the concert band, and their dog Ronin. When not working with the band, he volunteers as a martial arts instructor at several karate schools in Alexandria and works as a church vocalist.