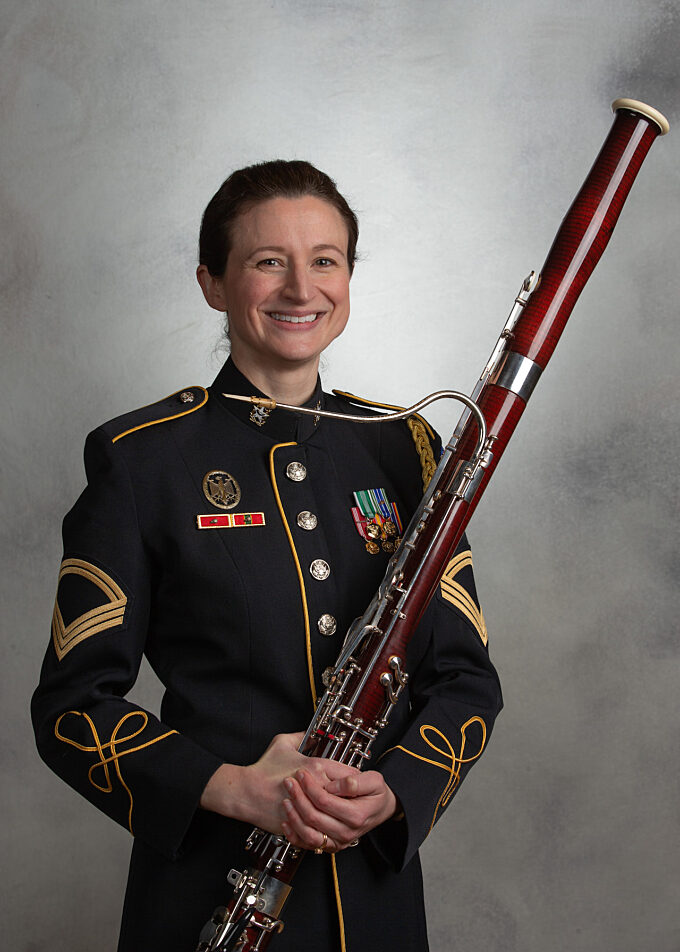 SFC Patricia Morgan, bassoonist, received her bachelor’s degree in performance from The Peabody Institute of Johns Hopkins University in her home state. Morgan continued her studies with Benjamin Kamins at Rice University, earning a master’s degree. Since then, she has held positions with the Augusta (GA) Symphony, the Chattanooga Symphony, the Des Moines Metro Opera, and the Annapolis Symphony. Morgan joined The U.S. Army Field Band in 2009 and auditioned and earned her position with The U.S. Army Band “Pershing’s Own” five years later. She frequently performs with the U.S. Army Band Woodwind Quintet in clinics and performances throughout the country.