The American Trombone Workshop features recitals, concerts, workshops, and competitions for musicians of all ages.

A link to live events can be found on Facebook. To watch and keep up with the latest ATW news, please visit our Facebook Page.

ATW National Solo Competition Winners Showcase- Hear the winners of the Tenor and Bass trombone competitions over all three divisions.

"Intro to Improv"- One of the finest jazz trombonists in the world, Harry Watters will lead a masterclass to address pitch matching, ear training, basic improvisation, melody vocalizing, and chord analysis.

"Practice Like It's Your Job"- Nicole Abissi shares her insights into effective practice techniques. 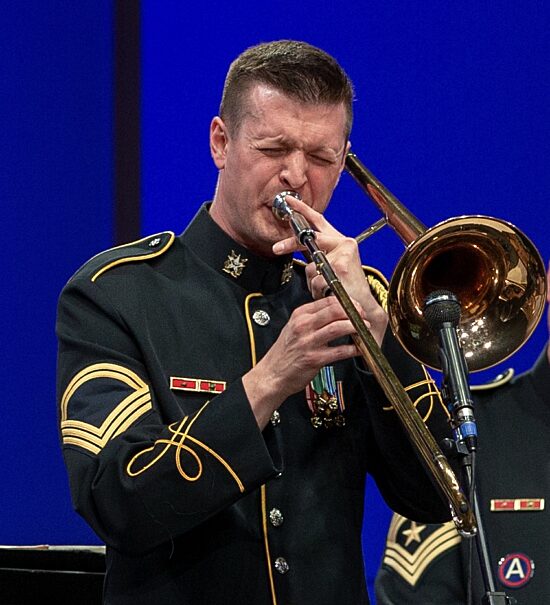 Select a competition from the list for more information.

The American Trombone Workshop’s Service Member Seminar is an opportunity for Active Duty, National Guard, And Reserve Military Personnel to experience the Workshop to its fullest potential. Seminar attendees will attend a prescribed number of the workshop’s events, attend dress rehearsals and gain special access to the visiting artists including exclusive question and answer sessions and a private one hour lesson, all free of charge. All seminar members will receive a certificate upon completion.

Requirements: Seminar members must attend the required events as listed on the "Required Event Planning and Signature Sheet" and obtain signatures from the designated United States Army Band representative or designated visiting artist at each event.

To register and for more information contact SSG Katy Thigpen